Is There a Place for Banks in a Fintech-Driven Future?

Please read the following article from Finextra on how banks can stay competitive in a technological era:

Is There a Place for Banks in a Fintech-Driven Future?

In the wake of the Covid-19 pandemic, widespread digital acceleration has catapulted fintech firms further into mainstream usage than ever before. As the highly advanced technological infrastructures of challenger banks outpace their more-traditional counterparts, it’s worth asking whether there’s a place for banking as we know it in a fintech-driven future?

Traditional banking has struggled to keep up with modernization for some time now. Very little in terms of infrastructure has been modified in the 21st Century, and bank managers are generally hesitant when it comes to embracing new technology. 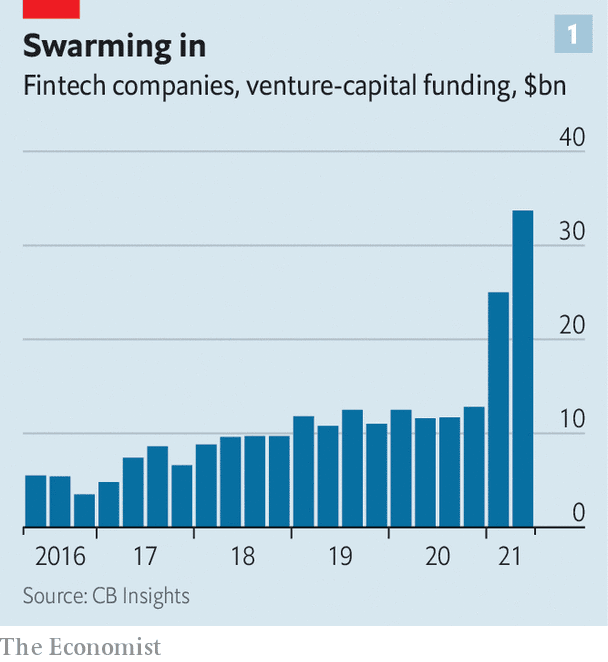 Although it can be argued that the arrival of online banking services is an example of modernization, the table above illustrates a growing problem for traditional banks. Innovations in the world of fintech have led to a tidal wave of venture capital funding – reaching more than $30 billion in total in Q2 of 2021 alone.

These funds are paving the way for more and more advanced financial products that risk winning far more custom at the cost of banks. As challenger services continue to grow, can traditional banking really keep up with the growth of fintech? Let’s take a look at the seismic challenges facing banking as we know it:

Modern fintech structures also enable firms to offer products and services that can be as much as 10-times less expensive than their more-traditional counterparts.

Both traditional and their fintech-based challenger bank rivals operate within the same financial ecosystem, so why can’t older banks simply work to catch up? Well, the capacity of traditional banks to use new technologies is hindered by ageing systems and dated regulatory red tape. Because of this, it’s far more difficult for banks to release new services or products that can serve clients in the same ways as fintech firms. Banks are typically more process-oriented than fintech.

For instance, to open an account or apply for financial services, many banks still require customers to be physically present, and not all institutions are capable of validating your identification online. Because of this, traditional banks are still operating in a flat-footed manner as fintech continues to grow exponentially.

One key example of the power of modern fintechs comes in the form of Revolut, which at a valuation of $33 billion has become the UK’s most valuable startup.

Maxim Manturov, head of investment research at Freedom Finance Europe, acknowledges Revolut’s technological adaptability as a driving force behind the company’s success. “Founded in 2015, Revolut has grown into one of Europe’s dominant consumer financial technology companies, constantly adding new features. The app started out as a way to avoid currency conversion fees when travelling but quickly added banking, trading and crypto features among dozens of products.”

Today, Revolut stands as one of many threats to the future of traditional banking, with other advanced firms like Starling Bank, Monese and Monzo also set to generate more disruptive influence in the coming years. With this in mind, how can banks look to secure their future?

To help traditional banks survive the rise of fintechs, one strategy that can be adopted revolves around enhancing the efficiency and speed of banking infrastructures. This approach is already being utilized by JPMorgan in a bid to keep up with the mounting competition.

Another popular approach involves making investments in fintech startups through venture capital. The likes of Goldman Sachs, JPMorgan, Citi and Capital One, among many others, have all bought equity stakes in plenty of startups within the field of capital markets, wealth management and even cryptocurrency through VC funding rounds.

There’s also the prospect of strategic partnerships with tech firms that can work to leverage the expertise of both companies, forming a symbiotic relationship. For instance, Goldman Sachs partnered with Apple to launch a new credit card. This enables Goldman Sachs to bring to the table its financial and regulatory prowess, while Apple leverages its expertise in technology.

In their current form, banks will find it difficult to face up to the challenges offered up by emerging fintech unless they’re willing to evolve at a quicker rate and embrace their counterparts.

Why Banks are Well-Positioned to Continue to Thrive

Despite a wave of exciting innovations emerging from the field of fintech, it’s unlikely that banks will be replaced anytime soon. The greater levels of industry expertise at the disposal of traditional banks mean that institutions have the power to apply vetted technologies in order to develop solutions that are well-suited to their processes.

It’s also worth acknowledging that traditional banks have been making more of a concentrated effort to invest in data science and analytics. With their far larger pool of resources and industry knowledge, it’s likely that they’ll retain a competitive advantage for long enough to remain top of the finance food chain – even if they’re operating at a slower rate.

In the future, it’s far more likely that we’ll see the traditional and challenger banking landscape embrace each other better, rather than face-off against one another – leading to the quicker adoption of innovative services and a far better understanding of the needs of customers. With this in mind, traditional finance and modern fintech will both play a vital role in paving the way for a bright future across the industry.